Situated in the western province of Sri Lanka, Colombo is the island’s commercial capital. Diverse and vibrant, the city is the administrative and economic center of the country.

The city is a jarring mix of old and new, with a central cluster of high-rise office blocks and hotels overshadowing red-tiled colonial-era buildings and sprawling street markets which overflow with high-piled fruit and vegetables, colourful silks and cottons, and deliciously fragrant spices. On its crowded streets stand places of worship, symbolic of Sri Lanka‘s multiethnic heritage: graceful Buddhist viharas (temples), for instance, stand close to extravagant temples encrusted with Hindu statuary, along with Muslim mosques with minarets scattered along Colombo’s streets. Its population is swollen by some 400,000 plus commuting workers during the day and is virtually empty after nightfall. There is a lively nightlife at a number of International standard hotels, clubs, pubs and dining venues while it is limited mainly to the high end customer. During the day, Colombo’s colourful street markets, colonial-era buildings, museums and galleries, churches, mosques and temples, and the lovely Viharamahadevi Park with it beautiful trees, makes it a great place to explore on foot. 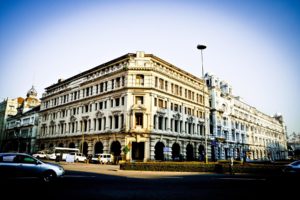 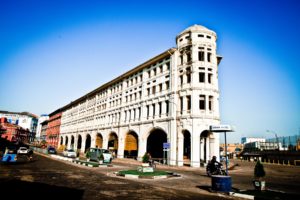 Your ticket for the: About the City